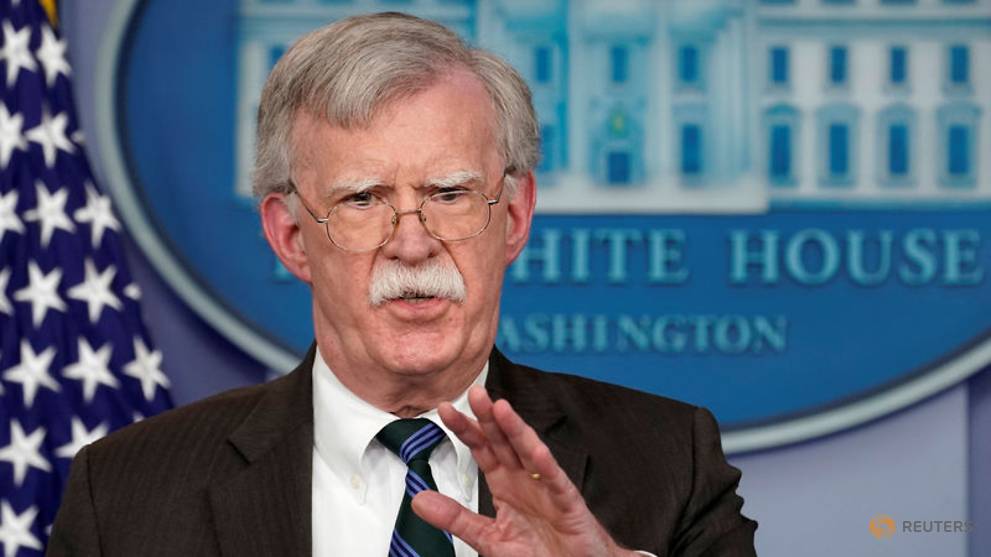 Bolsonaro is an admirer of the American president and, like Trump, took the political establishment by surprise when he won office in October riding a wave of anger against traditional politicians.

He has vowed to sweep out corruption, crack down on crime and align Brazil closely with the United States in a shift towards conservative nationalism.

Bolsonaro has threatened to follow Trump's lead and pull Brazil out of the Paris climate agreement, despite having the world's biggest rain forest in the Amazon. On Wednesday, he said he pushed the government to withdraw Brazil's offer to host the United Nations climate conference next year, maintaining that Brazil's sovereignty over the Amazon was at stake.

Bolton told reporters on Tuesday in Washington that Bolsonaro's election was a "historic opportunity" for Brazil and the United States to work together on security, economics and other issues. Thursday's meeting would prepare the ground for Trump and Bolsonaro to "get off to a running start," he said.

Bolton is expected to seek Brazilian support to apply pressure to Venezuela's left-wing government, which he describes as part of "the troika of tyranny" in the Americas, alongside Cuba and Nicaragua.

There is speculation Bolsonaro's team will seek to bring Trump to the presidential inauguration in Brasilia on Jan. 1.

While Trump's attendance would be a major validation for Bolsonaro, Thiago de Aragao, a risk analyst and partner at Brasilia consultancy ARKO, said it is unlikely to happen.

"Ideological affinity is not enough to have the level of relationship Bolsonaro seeks. Trump has made it clear that he wants direct commercial benefits for the United States in its foreign ties," he said.

Battling a wide budget deficit as it recovers from a deep recession, Brazil cannot afford to buy billions of dollars in U.S.-made arms, for example.

There could be convergence on Venezuela, but Brazil would never agree to military action against its neighbour and could at most agree to apply sanctions, Aragao said.