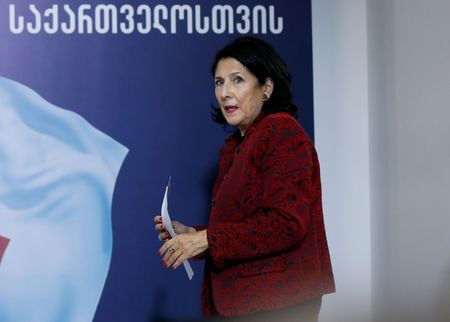 Osce says one side in georgian presidential election had 'undue advantage'

TBILISI (Reuters) - The Organization for Security and Co-operation in Europe (OSCE) said on Thursday that one side in Georgia's presidential election had enjoyed an "undue advantage" after a ruling party-backed candidate Salome Zurabishvili won a run-off on Wednesday.

French-born Zurabishvili who was backed by the ruling party won 59.6 percent of the vote in the runoff, defeating opposition candidate Grigol Vashadze, the central election commission said in the early hours of Thursday.

"The second round of Georgia’s presidential election was competitive and candidates were able to campaign freely, however one side enjoyed an undue advantage and the negative character of the campaign on both sides undermined the process."