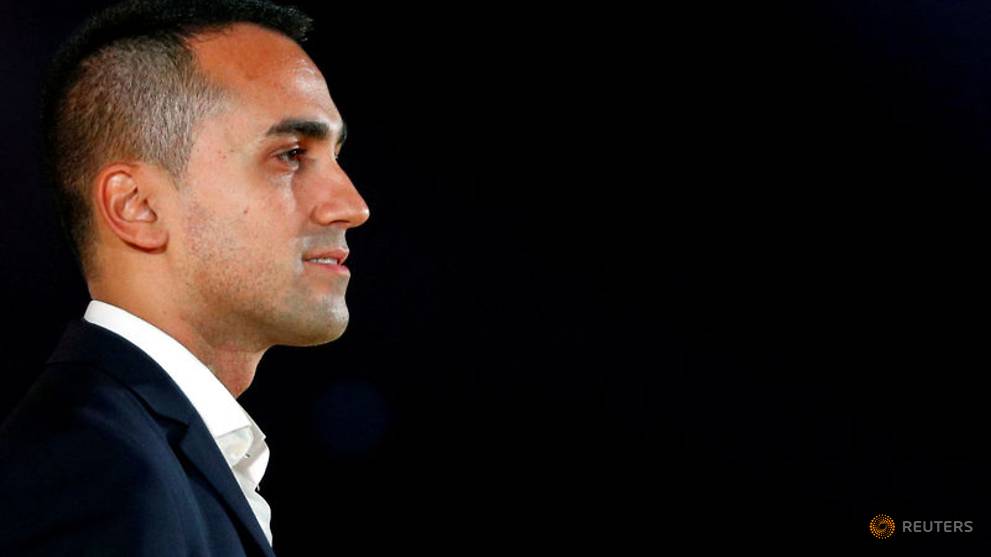 Italy's Di Maio on the defensive over family business accusations

Police sequestered on Thursday land belonging to the family of Luigi Di Maio as part of an investigation into alleged illegal building, dealing a new blow to the squeaky clean image of Italy's deputy prime minister.

ROME: Police sequestered on Thursday land belonging to the family of Luigi Di Maio as part of an investigation into alleged illegal building, dealing a new blow to the squeaky clean image of Italy's deputy prime minister.

The move followed separate allegations that Di Maio's father had hired workers illegally at his construction business and that Di Maio himself had worked for a year without a legal contract at a pizzeria in his southern hometown, Pomigliano d'Arco.

Di Maio, 32, who is also labour minister and head of the anti-establishment 5-Star Movement, has denied any wrongdoing.

But the wave of negative headlines represent a blow both to himself and his party, which has built much of its support on the back of its uncompromising, anti-corruption agenda.

Di Maio sought to play down the land sequestration.

"There was this inspection by the municipal police on this land that belongs to my father and his sister ... and some materials such as buckets, bins and a wheelbarrow have been seized," he told reporters during a work trip to Brussels.

"I am here and I am trying to work for Italians."

A police source told Reuters that building structures had been found on the site. "We presume they are illegal," he said. There was no immediate comment from the father or the sister.

Earlier this week Di Maio released income tax returns and asset statements tied to his father's business, in which he was given a 50 percent stake in 2014, to show all his own paperwork was in order.

The TV show Le Iene, which is broadcast on a channel owned by former prime minister Silvio Berlusconi, reported this week that four employees at the firm had accused Di Maio's father of paying part of their salaries illicitly prior to 2012.

"My father made mistakes in his life, and I distance myself from this behaviour, but he is still my father," Di Maio subsequently wrote on Facebook, acknowledging that there had been some wrongdoing at the business.

The opposition centre-left Democratic Party (PD) has demanded that Di Maio address parliament about the allegations.

5-Star politicians lambasted the PD in the previous legislature over accusations that the fathers of the then prime minister Matteo Renzi and reforms minister Maria Elena Boschi were involved in various illicit dealings.

"I'd like to look in the face Mr. Antonio Di Maio, the father of Luigi, and say I hope that he does not go through what his son and his friends put my father and my family through," Boschi said in a video posted on Twitter this week.

5-Star emerged as Italy's largest party at March national elections and formed a coalition government with the far-right League in June. Since then, the League, driven forward by its media-savvy leader Matteo Salvini, has leap-frogged above its coalition partner in the opinion polls.

A poll published this week by Noto for Rai state television put the League on 34 percent and 5-Star on 25 percent against 17 percent and 32 percent respectively in the March vote.