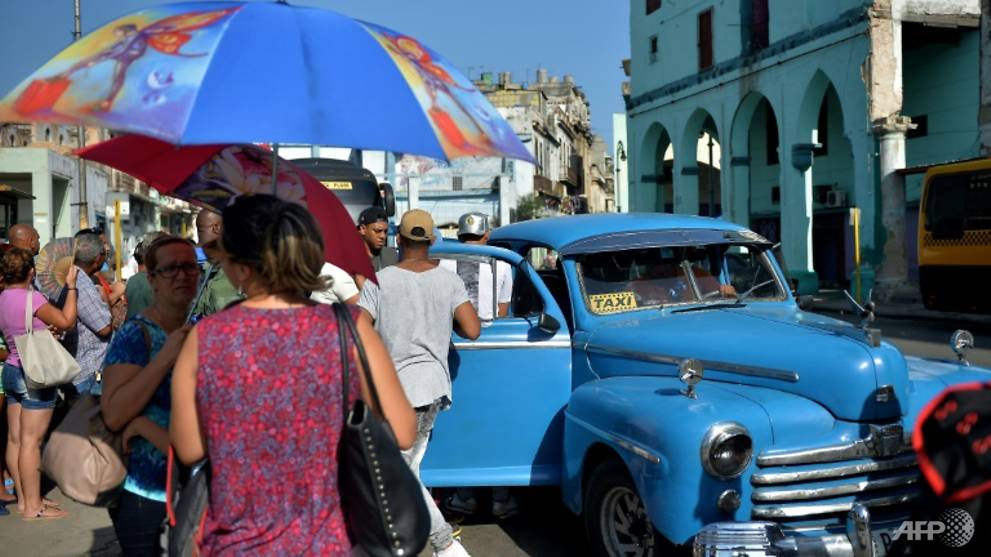 In Havana, the total number of afflicted Canadian diplomats and their family members diagnosed with a mysterious brain trauma has risen to 13. (AFP/YAMIL LAGE)

OTTAWA: Another Canadian diplomat in Havana has been diagnosed with a mysterious brain trauma that in 2016 started afflicting Canadian and US officials in the Cuban capital, a senior official said on Thursday (Nov 29).

The latest case, identified in the "early summer of 2018," brings the total number of afflicted Canadian diplomats and their relatives to 13.

Meanwhile a review of Canada's diplomatic presence in Cuba has been launched, a senior Canadian government official speaking on condition of anonymity told reporters.

"Medical testing has now confirmed that an additional employee has been affected by the unusual health symptoms," the official said.

"These are simliar to those previously experienced by diplomatic staff in Cuba as identified earlier this year."

The official said in regards to the review that "all options to secure the health and safety of our diplomats in Havana are open," but offered few details.

The Canadians continue to receive care while a federal police investigation in collaboration with US and Cuban authorities remains open.

Canadian and US authorities had initially suspected an attack using some sort of acoustic weapon, which led to heightened diplomatic tensions between Washington and the Caribbean island nation. But Ottawa later concluded that to be "unlikely."

American doctors and officials have pointed to "a new type of a possible acquired brain injury" outlined in a February issue of Journal of the American Medical Association by health experts at the University of Pennsylvania, who treated 21 US diplomats.

Canada has accepted that theory.

Those who were afflicted included global affairs, immigration and national defense staff at the embassy as well as their spouses and children, officials said.

In April, the families of Canadian diplomats posted in Havana were ordered home as a precaution. But Canadian tourists are not believed to be at risk.

The symptoms include dizziness, fatigue, headaches, hearing and vision complications, a loss of balance, nausea, and an inability to concentrate.

why only American and Canada