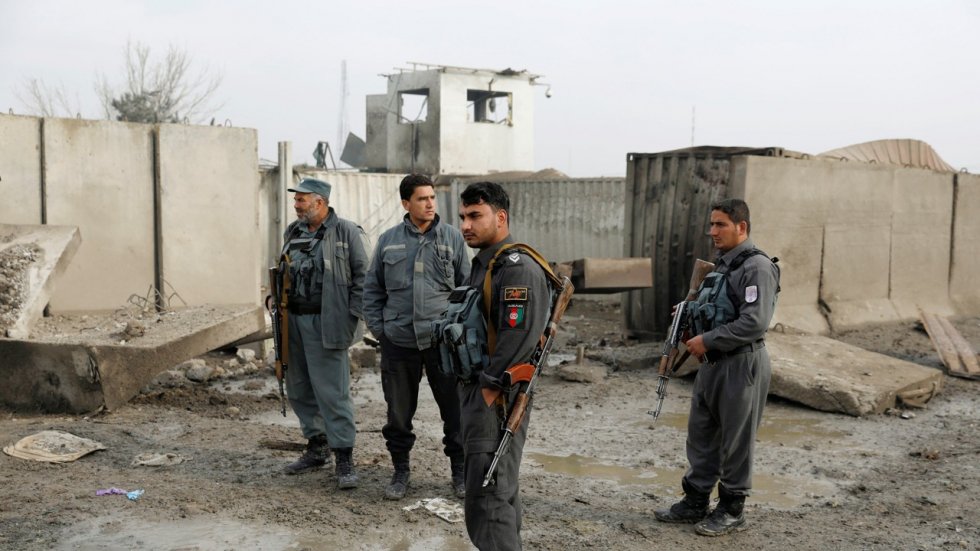 British security firm G4S said Thursday that five of its employees were killed and 32 injured on Wednesday in a Taliban-claimed attack on one of its compounds in Kabul.

The company, which provides security for British diplomats, said one Briton and four Afghans were killed in the attack.

Militants detonated a vehicle bomb outside the compound before trying to fight their way inside.

“It is with great sadness that we can confirm that five of our employees were killed and 32 were injured, five of them seriously,” managing director Charlie Burbridge said in a statement.

“We are committed to our security role in support of the people of Afghanistan, and we are determined that incidents such as this will not prevent the vital work that the international community conducts from continuing,” he said.

Afghan interior ministry spokesman Najib Danish told AFP earlier that 10 people were killed in the attack – all of them Afghan nationals.

But police spokesman Abdul Basir Mujahid said authorities were still working to identify the nationalities of the victims.

Mujahid said foreigners were among the wounded, but did not give their nationalities.

An AFP photographer could see the shattered remains of a small van lying in the middle of the debris. Parts of nearby buildings in the industrial area of eastern Kabul were twisted by the violence of the blast.

G4S was also targeted in an attack in March, when a suicide bomber detonated his explosives before reaching the entrance of the complex.

Two civilians were killed in that attack.

Wednesday’s assault came hours after Afghan President Ashraf Ghani announced the formation of a team for prospective peace talks with the Taliban, as the United Nations renewed calls for direct negotiations between Kabul and the insurgents.

The Afghan government, Western diplomats and UN officials have in recent weeks raised hopes of finally reaching a deal to end the 17-year war.