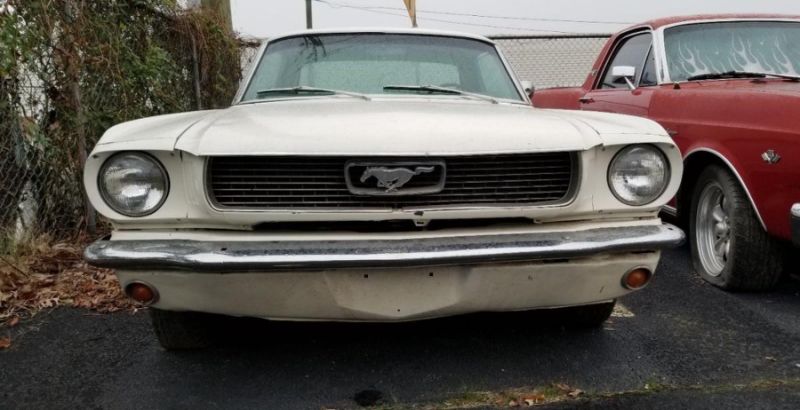 5 star aircon cleaning service as low as $40!
One place for multi-entertainment

As the 1980s roared forward with the collapse of the Berlin Wall and all manner of cultural, political and fashion wars battling for heightened consumerism, this 1966 Ford Mustang saw none of it. Driven into a barn and left to languish in mortal slumber for some three decades back in 1987, the world turned while the Mustang’s didn’t.

* How does the 10 millionth Ford Mustang compare with the first?* Ford Mustang used in Matt Damon's upcoming Le Mans film up for grabs!* Classic Ford Mustangs for sale with AutoClassics!Lavished with a number of options from the factory – including power steering, disc brakes, air conditioning , AM radio with 8-track tape player – the Mustang hardtop has recently been pulled from its 360-month hideaway to seek a new owner. Up for grabs through this online auction, this Mustang is quite the legitimate barn find.Almost entirely original, the only aspect that’s been messed with remains a poor repaint. However, there’s not much rust, the engine bay presents itself in great condition and the floors – although crusty – are structurally sound, having escaped summer rays and winter salt for the best part of a generation.The bodywork isn’t perfect, with the right quarter panel having suffered a dent and the left-side trunk turn down has previously been patched up, but these aspects should prove relatively easy to mend.The pony car isn’t running in current state but the owner believes a new coil, battery and some fresh petrol would bring the old girl back to life. You'll need an exhaust though, as the current one has separated and hangs loose. Early Mustang’s don’t hold a reputation for murdering DIY enthusiasts as per more ‘advanced’ muscle cars. As such, this 1966 Mustang should prove a straight-forward restoration project minus the hospital visits.Doors have very small bubbles of oxidisation in the corners, but the wings and flanks are solid. The bonnet displays a few dents, but the interior is almost untouched by time. The carpets and trim are believed to be original.While this Mustang will require some TLC to get back on the road, the end result should prove well worth the effort. First-generation Ford Mustangs are entering the status chamber as a true automotive icon, grab one before it’s too late. Barn find examples always boast extra provenance, so this one won’t hang around for long. Don't let it miss out on anther three decades...Get a closer look at the barn find 1966 Ford Mustang here.