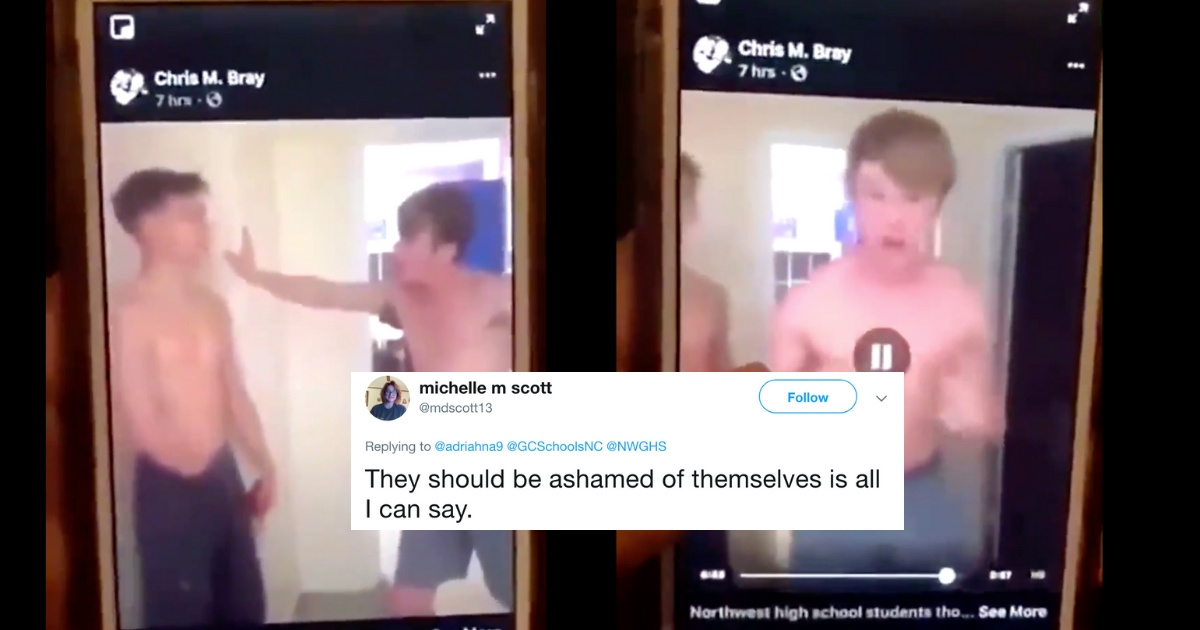 At Northwest Guilford High School in Guilford County, North Carolina, a series of "tolerance trainings" has been scheduled for the student body after an incredibly vile and racist video, produced by two of the students, went viral.

In the video, two unnamed students stand face-to-face, taking turns spewing hate speech and bigotry.
They say the following:
"F**kin' lynch 'em all, man. Sit them in the back of a motherf**kin' bus."
"Put them b***hes back in the fields. Teach them a f**kin' lesson."