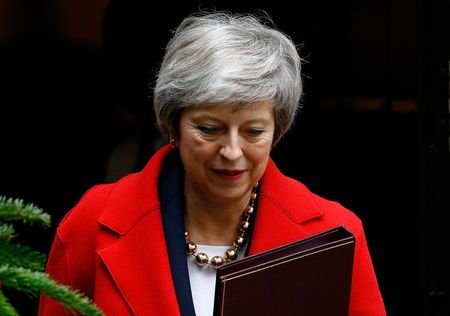 LONDON (Reuters) - British Prime Minister Theresa May's government could be found in contempt of parliament on Tuesday for refusing to release its full legal advice on Britain's exit from the European Union, underlining the depth of opposition to her deal with Brussels.

The row threatens to overshadow the start of five days of debate in parliament on May's Brexit deal ahead of a crucial vote on Dec. 11, when lawmakers will be asked to approve it.