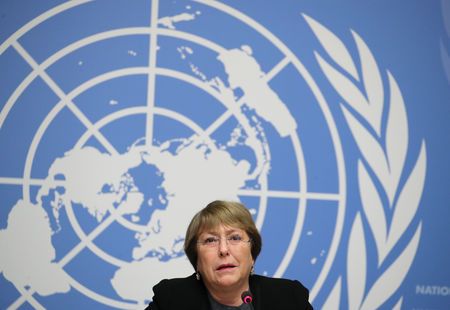 Michelle Bachelet, speaking to a news conference in Geneva, voiced deep concern for 7,000 civilians who she said were trapped between Islamic State fighters preventing them from leaving Deir al-Zor and air strikes by a U.S.-led coalition.