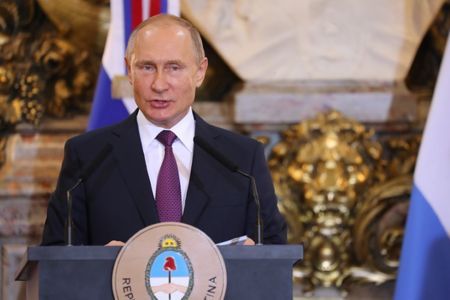 Putin says Russia will be forced to respond if U.S. Exits arms treaty

The United States delivered Russia a 60-day ultimatum on Tuesday to come clean about what Washington says is a violation of a 1987 nuclear arms control treaty, saying it would be forced to start a six-month process of withdrawal if nothing changed.

Putin is an IDIOT ! When US reacts to his voilation , he complains n threatens. What then about Russia's violation of the old treaty ? ! Is Putin trying to say that it is OK for Russia to violate the old treaty n US should not complain or react ? ! Is Putin a fool n nitwit to think he can get away with it ? ! 💩👎😵🤬