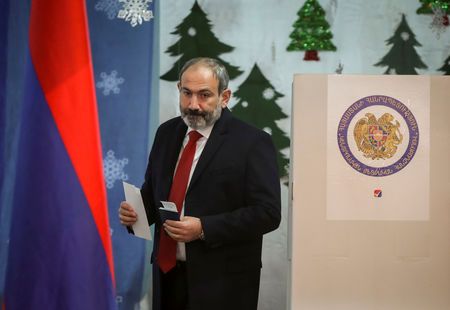 Share stories with Mount Elizabeth to earn 100 Nestia points!
Need urgent deliveries? We can do it in 1 hr!

By Hasmik Mkrtchyan and Margarita Antidze

My Step Alliance, which includes Pashinyan's Civil Contract Party, won 70.4 percent of the vote based on results from all polling stations, the CEC said on its website.