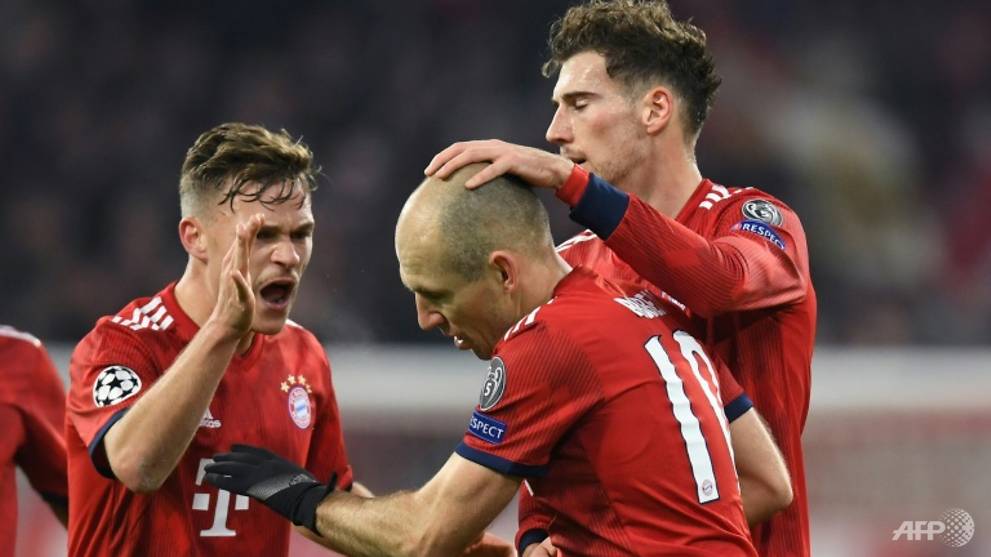 Dutch winger Arjen Robben (center), who turns 35 next month and has said he will retire at the end of the season, is congratulated by his Bayern Munich team-mates after scoring twice in the 5-1 trashing of Benfica a fortnight ago. (Photo: AFP/Christof STACHE)

BERLIN: Arjen Robben says he may retire in June after confirming he will quit Bayern Munich when his contract with the defending Bundesliga champions expires.

Robben, who turns 35 in January, confirmed in Monday's edition of magazine Kicker that he will quit the Bavarian giants at the end of the season: "that's a fact".
"Of course it's a big step, which you don't just make in one day.