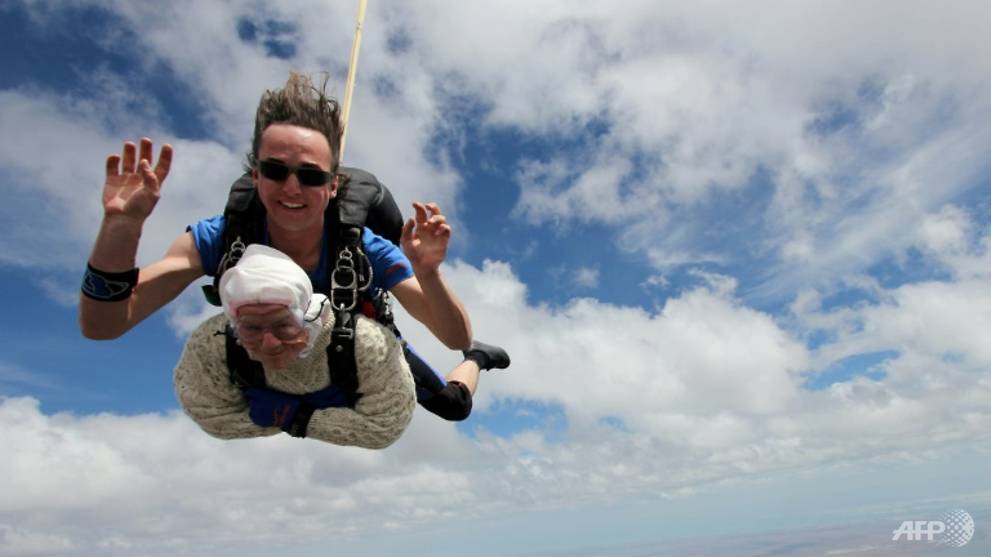 SYDNEY: A 102-year-old great-grandmother is believed to have become the world's oldest skydiver after plunging 4,300m through the South Australian sky.