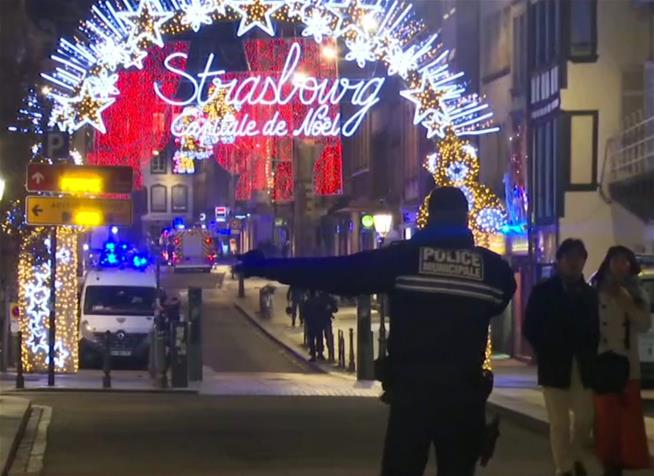 (Newser) – French authorities are hunting Cherif Chekatt, the suspect believed to have killed three people in a mass shooting near a Christmas market Tuesday night. Officials say the 29-year-old suspect was wounded in a gunfight with soldiers after the Strasbourg attack but escaped. The suspect has a long criminal record and is believed to have been radicalized in prison, the BBC reports. More than 350 French police officers and soldiers are searching for Chekatt but it's not clear whether he is still in the country: According to French media, he escaped from the scene in a taxi and fled to a district near the border with Germany. Authorities say Chekatt has served time in prisons in both France and Germany and was expelled to France from the latter country in 2017.

this man is dangerous hope can carch him