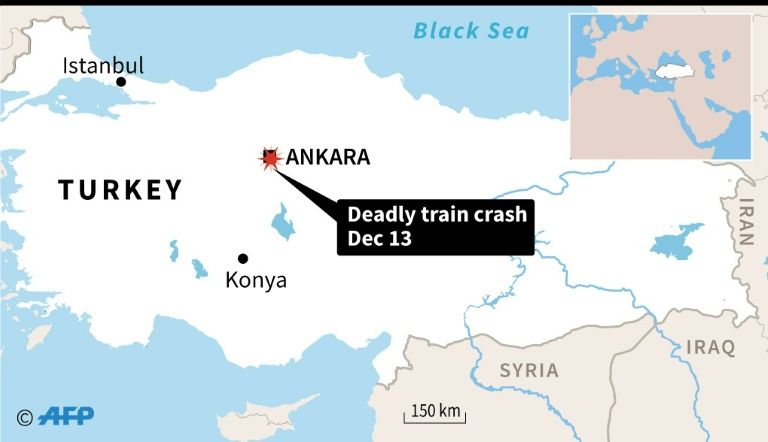 A high-speed train crashed into a locomotive in the Turkish capital on Thursday, killing four people and injuring 43, the Ankara governor said.

Governor Vasip Sahin told reporters in televised remarks that "43 people were injured and unfortunately four of our citizens were found dead", as the fast train was on its way to the central province of Konya.

"This morning there was an accident after the 6.30 high-speed train to Konya hit a locomotive tasked with checking rails on the same route," Sahin said.