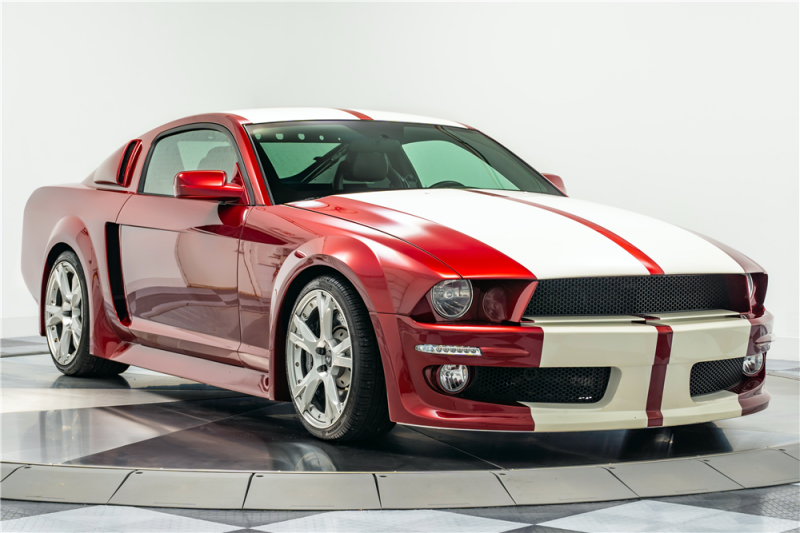 Somebody has hidden a Lamborghini Gallardo in a Ford Mustang

One place for multi-entertainment
Get interior design services here

We all know that feeling when pressed between choosing American muscle or an Italian supercar, and not being able to pick which camp we want to be put into. Some thoughtful folk out there have built cars combining the merits of both, with a brilliant example being this half Ford](https://www.autoclassics.com/posts?make=ford), half [Lamborghini](https://www.autoclassics.com/posts?make=lamborghini) 2009 Tractorri Custom Coupe, which is [heading to auction in Barrett-Jackson's Scottsdale sale next January.Once a SEMA Show star, this one-of-a-kind car looks like a 2007 Mustang, but has the full running gear from a Lamborghini Gallardo, a merging of worlds that came in with an eye-watering build cost of $700,000 (£552,720, €615,290).