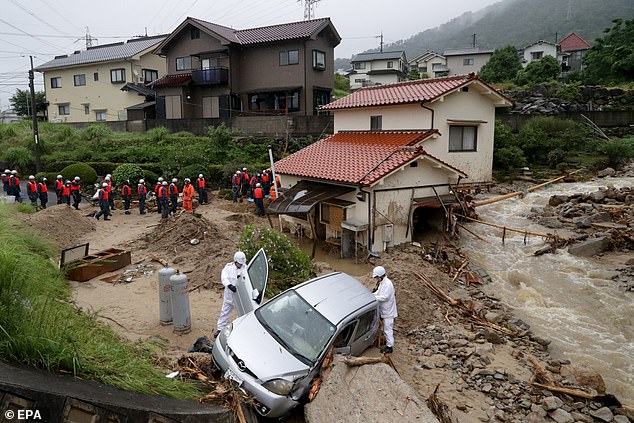 Japan chooses the Chinese character for DISASTER as its defining symbol of 2018 after 12 months of floods, earthquakes and storms

Survey: Which part do you want to lose weight most?
One place for multi-entertainment

Japan has selected the Chinese character for 'disaster' as its defining symbol for 2018, a year that saw the country hit by deadly floods, earthquakes and storms.

Japanese TV stations broadcast the annual announcement, with Seihan Mori, master of the ancient Kiyomizu temple in Kyoto, writing the character on a huge white panel with an ink-soaked calligraphy brush.

Organisers of the event, the Japan Kanji Aptitude Testing Foundation, said: 'Many people experienced the threat of natural disasters such as earthquakes, heavy rain, typhoons and heatwaves.'