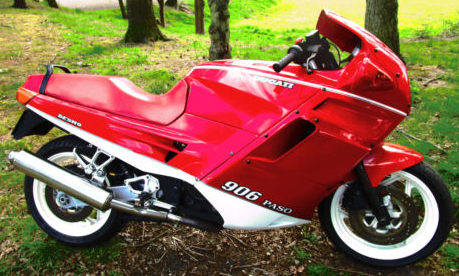 Need urgent deliveries? We can do it in 1 hr!
Level up with Ritchie Creative Design! You decide your salary

1992 Formula 1 world champion Nigel Mansell made the headlines at the Autosport International Show this year for almost setting fire to himself and Billy Monger with a magic trick, but in 2019 his name will be in large as a Ducati](https://www.autoclassics.com/posts?make=ducati) motorcycle [gifted to him](http://www.silverstoneauctions.com/1989-ducati-906-paso-ex-nigel-mansell) by [Ferrari heads to auction.The Ducati Paso 750 was introduced in 1986, with the ‘Paso’ name in honour of Italian motorcycle racer Renzo Pasolini, who had died in a racing accident 13 years prior. Three years later a Paso 906 model was made, which has a six-speed gearbox, a 904cc engine capable of 88bhp and a 140mph top speed. The four-stroke two-cylinder engine was water-cooled, a sight unseen on motorcycles](https://www.autoclassics.com/posts?tags=motorcycle) at the time. It bridged a gap between traditional Ducati bikes and the need for the manufacturer to change its style to rival the [Japanese and not fall foul to emission controls.