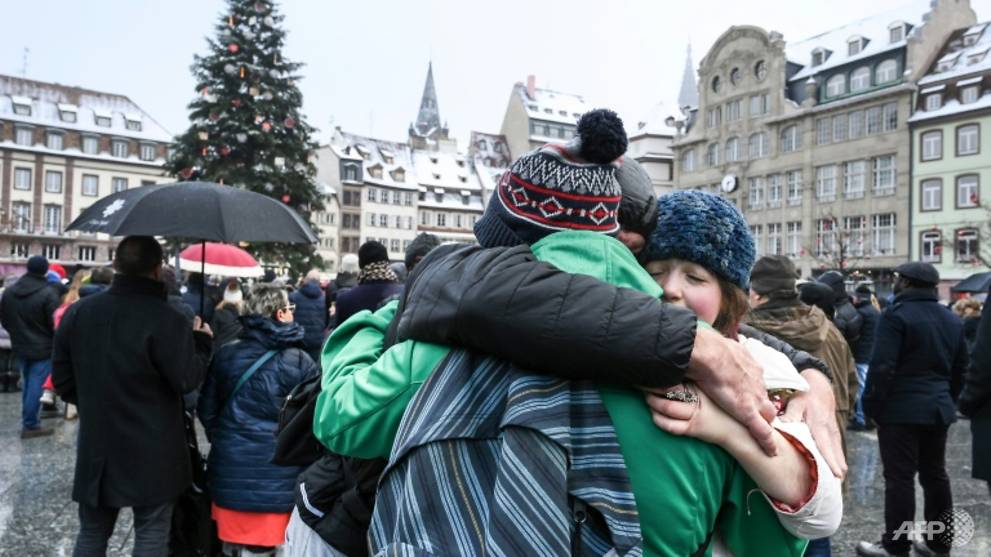 Hundreds of people gathered at the Christmas market in Strasbourg, eastern France, on Sunday to honour the victims of a gunman's shooting spree last week AFP/SEBASTIEN BOZON

PARIS: French anti-terrorist officials said Monday (Dec 17) they would shortly file charges against a man arrested in connection with the mass shooting at a Christmas market in Strasbourg last week.

The 37-year-old, who was not immediately identified, was detained on Thursday.