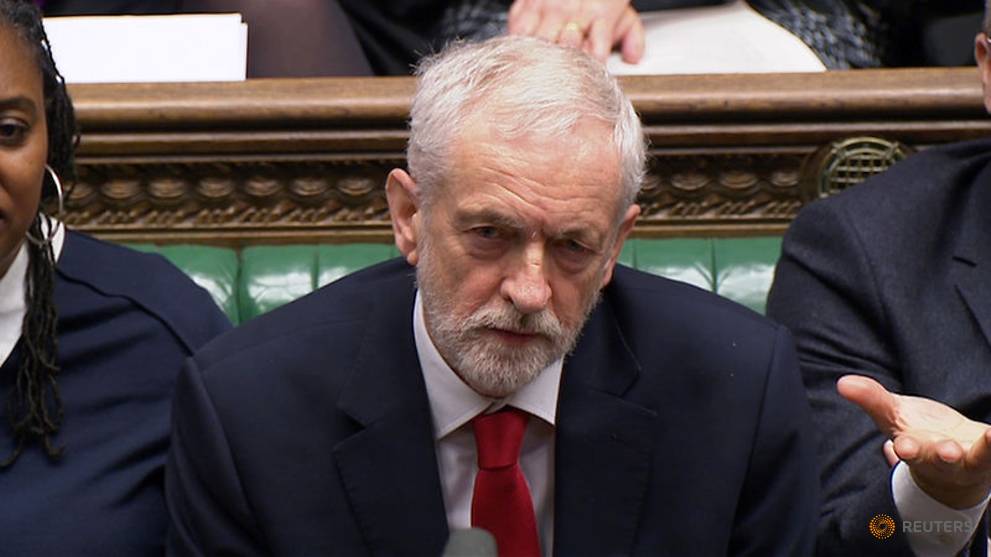 LONDON: British opposition leader Jeremy Corbyn got himself into trouble on Wednesday (Dec 19) for apparently muttering "stupid woman" at Prime Minister Theresa May during a heated exchange in parliament over her delaying tactics on Brexit.

The Labour Party leader could be seen appearing to mouth the words in response to May making a joke about his failure to demand a no-confidence vote against her government after he had accused her of leading the country "into a national crisis".