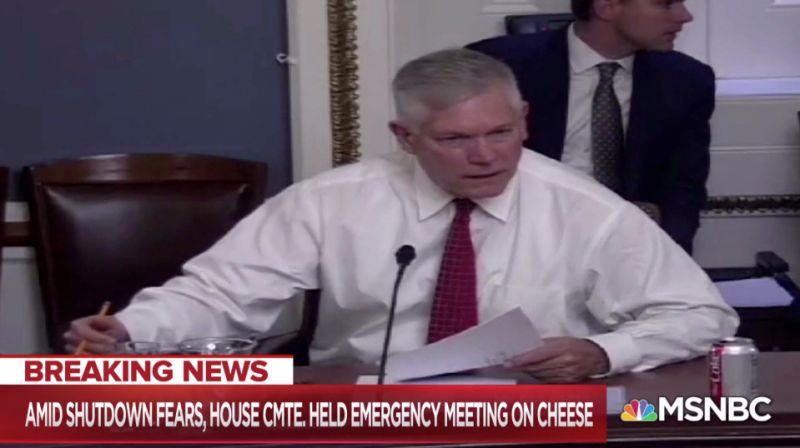 One place for multi-entertainment
Need urgent deliveries? We can do it in 1 hr!

As the federal government was heading for a shutdown Friday night, House Republicans called an emergency meeting.

Plot twist: it was about cheese.

During her broadcast that evening, MSNBC’s Rachel Maddow appeared astonished while reporting on the gathering, which was arranged so that lawmakers could discuss the Curd Act, a proposal to allow some cheeses to be advertised as “natural” despite having artificial ingredients.