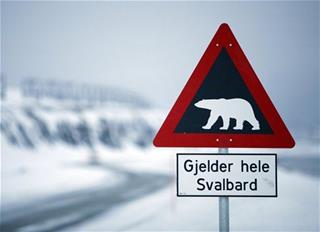 Use NESTIA12 to enjoy $10 off on Lazada
Sandbox VR has launched a new game! Enjoy 20% OFF now

(Newser) – There's a first time for everything, and this week in a remote Norwegian archipelago, that first was a bank robbery. The Guardian reports an armed man pulled off the feat in Svalbard, located in the Arctic Ocean just a tad over 600 miles from the North Pole and said to be the northernmost inhabited place in the world. Police say the suspect was a foreign national, per Sky News. He is said to have had a gun and "seized a sum of money," the rep for a local governor tells AFP, via the Guardian. The man was subsequently caught and arrested in the town of Longyearbyen, where most of its 2,000 or so residents know each other. Not much else has been revealed about the man's identity, weapon of choice, or how much cash he tried to take. (This bank robber balked and tried to open an account instead.)