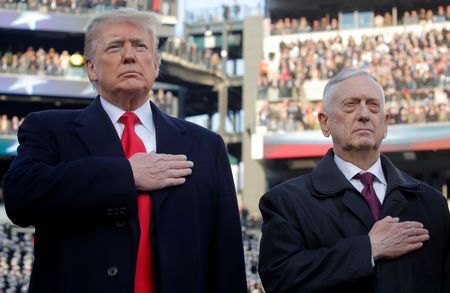 The signing, which had been expected, occurred after Trump announced on Sunday that he would replace Mattis two months earlier than expected, a move officials said was driven by the president's anger at a rebuke of his foreign policy contained in Mattis' resignation letter.