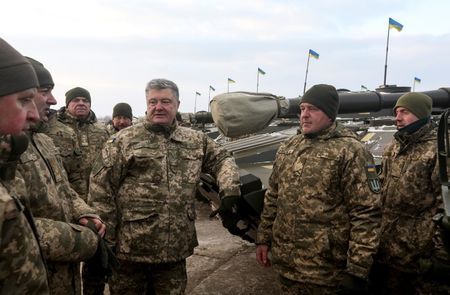 Poroshenko said earlier this month he did not plan to extend martial law beyond the one month initially foreseen unless there was a large scale attack from Russia.

The Ukrainian navy ships were captured in the Kerch Strait, between Russian-annexed Crimea and southern Russia, which controls access to the Sea of Azov, where there are both Russian and Ukrainian ports.