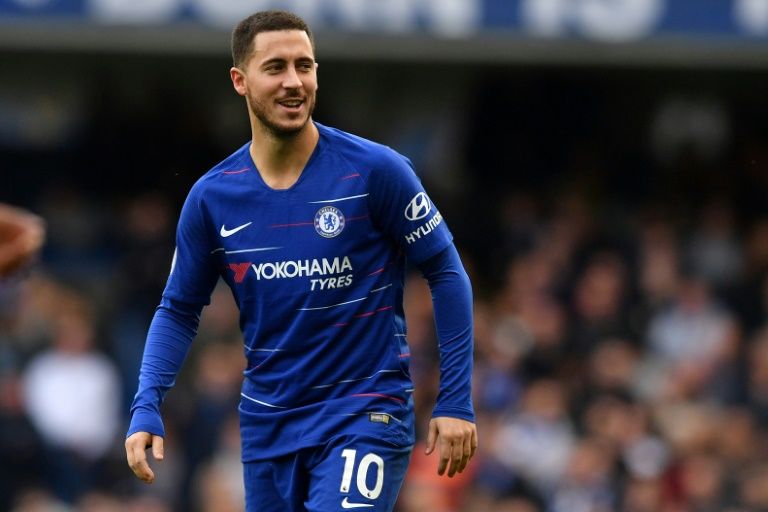 Hazard wants to be a Chelsea 'legend' after hitting century mark

Eden Hazard offered Chelsea fans hope his future may remain with the Londoners by stating he wants to become a club "legend" like former team-mates Frank Lampard, John Terry and Didier Drogba.

Hazard scored his 100th and 101st Chelsea goals as Maurizio Sarri's men moved back into the Premier League top four by grinding out a 2-1 win at Watford on Boxing Day.