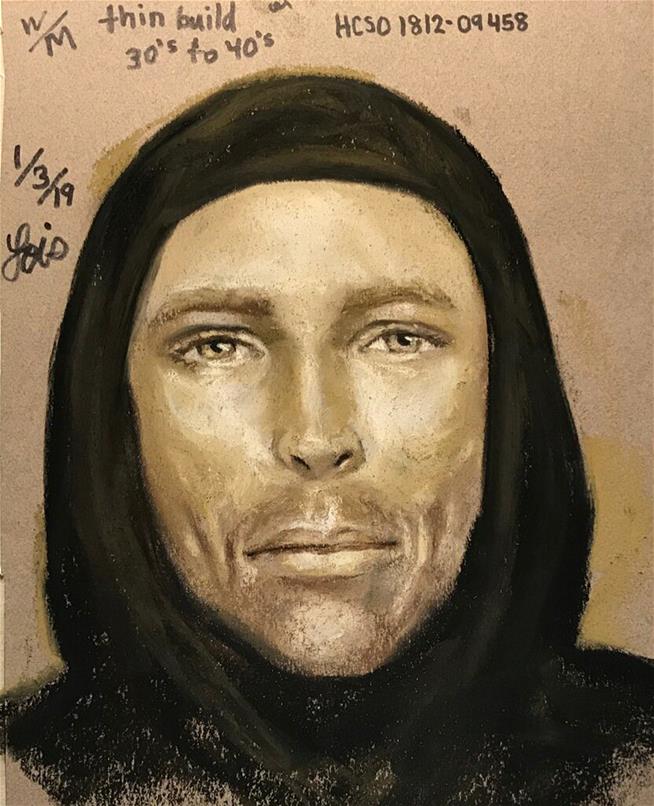 Spice World is looking for waiters
Need urgent deliveries? We can do it in 1 hr!

(Newser) – Authorities have released a composite sketch of a man accused in the death of a 7-year-old black girl during a Houston-area shooting that her family believes might have been racially motivated. The suspect is described as a white man in his 30s or 40s, wearing a black hoodie, with pale skin and blue eyes, reports the AP. Investigators say he pulled up alongside the car Jazmine Barnes was riding in Sunday with her family and fired into the vehicle. The suspect had previously been described by authorities as having a beard. But Harris County Sheriff Ed Gonzalez says additional information received by investigators made them realize the suspect had more of a "five o'clock shadow." At a separate news conference, Jazmine's mother, LaPorsha Washington, implored the shooter to turn himself in. (An NFL star's playoff check will go to the family.)