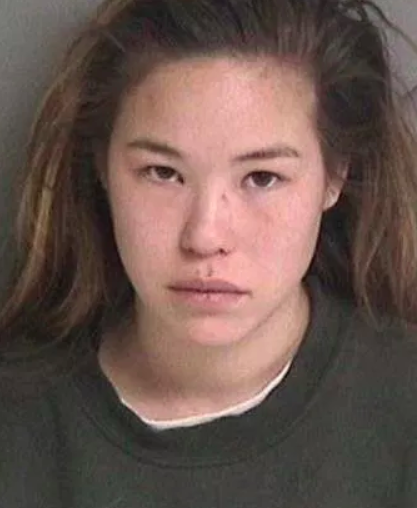 (Newser) – A dog may have done the initial attacking, but a human was ultimately busted for biting. Alma Cadwalader, 19, was arrested after an incident Thursday in Anthony Chabot Regional Park in Oakland, Calif., with Cadwalader claiming self-defense and the alleged victim saying Cadwalader bit her forearm, USA Today reports. Per a notice from the local police, "a female jogger defended herself against a dog attack with pepper spray" and was later "accosted" by the dog's owner, ending with "the victim ... bitten by the suspect, causing significant injury." Per NBC Bay Area, police say not only did Cadwalader chomp down on the victim's arm—she also "tackled and punched the jogger multiple times." Cadwalader, however, arrested the next day, says the jogger, identified by the East Bay Times as Cyndi Stainner, shouldn't have pepper-sprayed her dog, who simply ran toward her.

is she Asian cacausain mixed