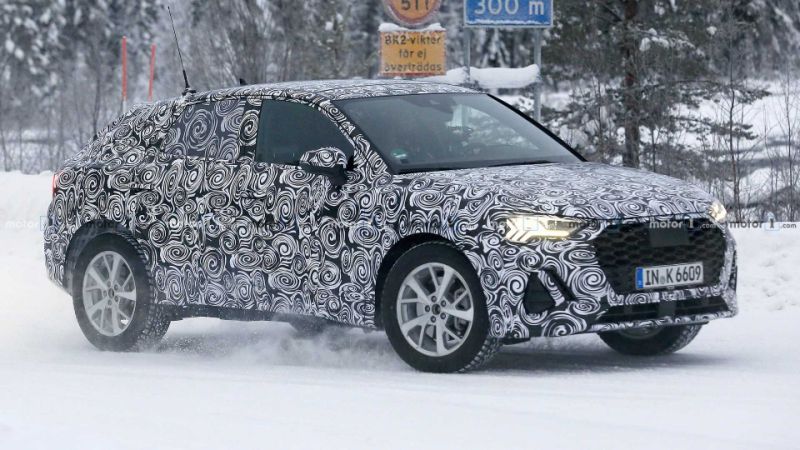 Some media publications insist it will be called Q3 Sportback, but we don't think so.

Audi is fashionably late to the whole coupe-SUV thing, but it’s trying to make up for lost time with the new Q8 and the forthcoming Q4. We’ve spotted the latter undergoing testing a couple of times already, but this fresh batch from northern Sweden allows us to take a better look at what some people say will go by the name of “Q3 Sportback.” However, we strongly believe it has been baptised “Q4” based on an article published by Audi Hungary on April 11, 2017 when they announced the said model would be built at the Győr factory: