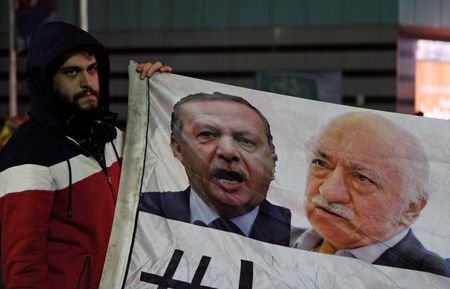 ISTANBUL (Reuters) - Turkey ordered the arrest of more than 100 soldiers and former military students over suspected links to the network of the U.S.-based Muslim cleric accused of orchestrating a 2016 attempted coup, prosecutors and state media said on Friday.