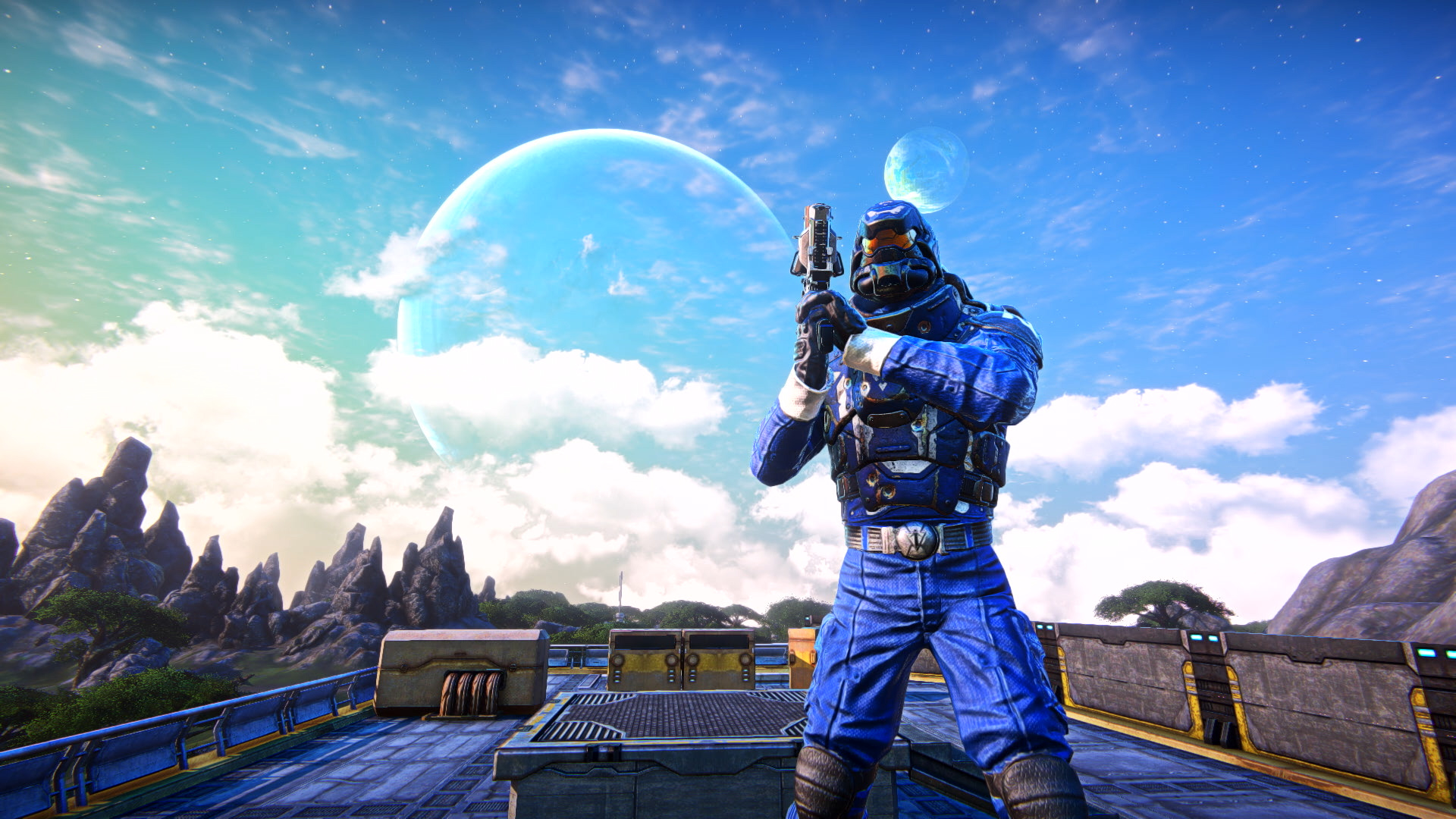 Ignoring the hammy segues, this behind-the-scenes video for PlanetSide Arena contains a lot of information on the vehicles and weapons players will be using when Daybreak Game Company’s new multiplayer shooter launches at the end of the month.

PlanetSide Arena, which we previewed last month, is a class-based shooter featuring traditional multiplayer types as well as, yeah, a battle royale. The variations Daybreak is touting include a weapon upgrade system whereby players can “purchase” better equipment on the battlefield after a certain score has been reached (somewhat akin to the way Star Wars Battlefront 2 will spawn you a hero or a vehicle with a certain score). Vehicles are another differentiator that designers hope will quicken the pace of an expansive 250-on-250 mode called Massive Clash.