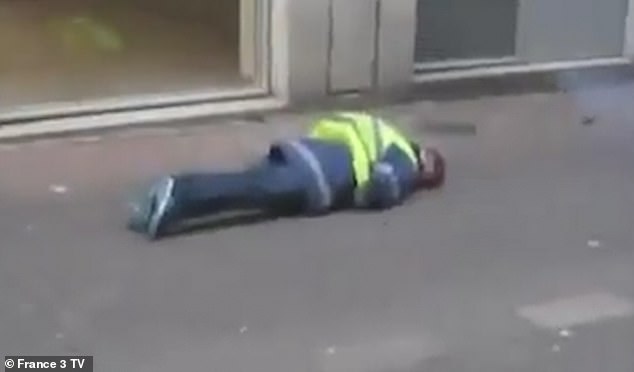 Shocking video shows fireman Yellow Vest protestor shot in the back of the head by French police, leaving him with serious brain injuries, as protests against Macron continue

A fireman who joined France's Yellow Vest protest movement is in a coma after being shot in the head 'like a rabbit' by a police officer using a controversial flash ball gun.