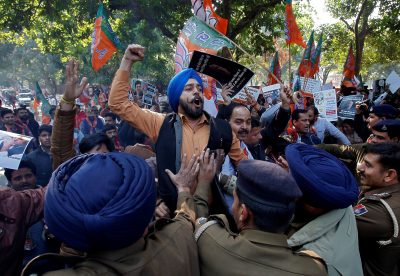 Survey: Which part do you want to lose weight most?
Need urgent deliveries? We can do it in 1 hr!

India’s two main parties can arguably be described as ‘a fascist party posing as a conservative one and a royalist party posing as a liberal one’. True to form, as Indian elections scheduled for early in 2019 approach, the ruling Bharatiya Janata Party (BJP) is falling back on religious and ethnic polarisation while the once-dominant Indian National Congress (INC) clings ever more fervently to political dynasties. Meanwhile, various regional, caste and ethnic parties negotiate alliances on largely tactical grounds.