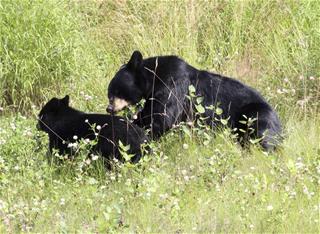 (Newser) – A father and son in Alaska have been sentenced in what prosecutors said was "the most egregious bear cub poaching case" they had ever encountered. Wasilla residents Andrew Renner, 41, and Owen Renner, 18, illegally killed a sow and her two cubs on an island in Prince William Sound last April, the Anchorage Daily News reports. Prosecutors said that after the men skied up to the den, Owen Renner shot the sleeping mother bear twice with a rifle. Andrew Renner then shot the two "shrieking newborn bear cubs" at point-blank range. The men did not realize that the bears were part of a state wildlife study or that a motion-activated camera at the den captured their actions, KTUU reports.