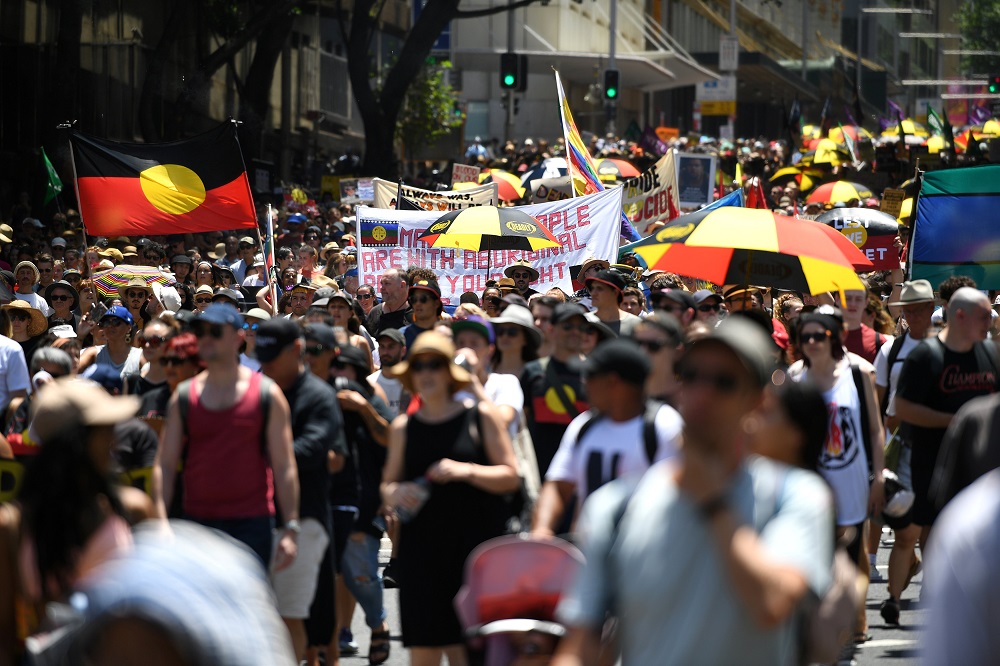 Need urgent deliveries? We can do it in 1 hr!
Enjoy up to 5% rebate with BOC credit cards

MELBOURNE, Jan 26 — Tens of thousands of people rallied across Australia today calling for the abolition of the January 26 national holiday in protests showing a deep division over a festivity intended to celebrate the birth of modern Australia.

While Australia Day marks the anniversary of the 1788 arrival of the “First Fleet” of British ships at Sydney Cove, many indigenous Australians, who trace their lineage on the continent back 50,000 years, regard it as “Invasion Day”.