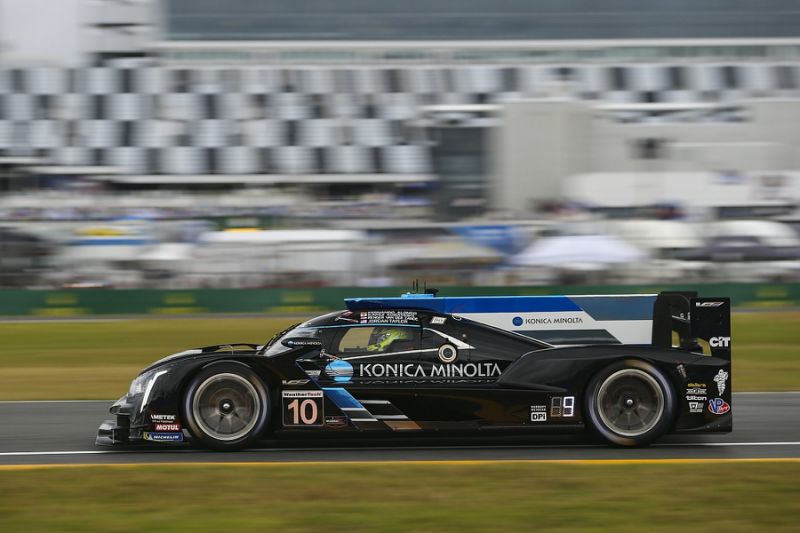 Daytona 24 Hours: Race red flagged in hour 17 due to rain

The 57th running of the Daytona 24 Hours has been red-flagged due to standing water on track with a little over seven hours left on the clock.

The field had been running under caution for more than an hour as marshals tried to clear standing water at the Bus Stop, following a shunt for Tommy Milner's Corvette at Turn 1 in the treacherous conditions.

Fernando Alonso led the field behind the safety car in the #10 Wayne Taylor Racing Cadillac DPi-V.R after surging to the front in the rain, with the two Acura ARX-05s of Dane Cameron and Ricky Taylor as well as the #31 Action Express Cadillac of Pipo Derani the only other cars still on the lead lap.
"Conditions are quite bad, now it's raining heavier," Alonso told NBCSN.