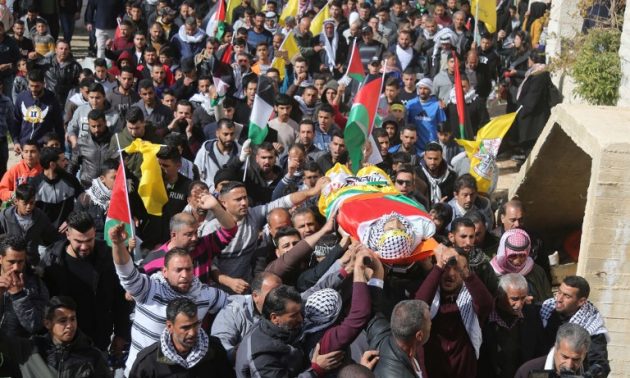 Around 3,000 people gathered Sunday in the occupied West Bank for the funeral of a Palestinian who was shot dead the day before in clashes with Israeli civilians.

Hamdi Nassan, 38, died after being shot in the back near a Jewish settlement, according to the Palestinian Health Ministry.

The Israeli army said clashes had erupted after a “physical confrontation” between residents of Mughayir village near Ramallah and a settler from nearby Adei Ad settlement.