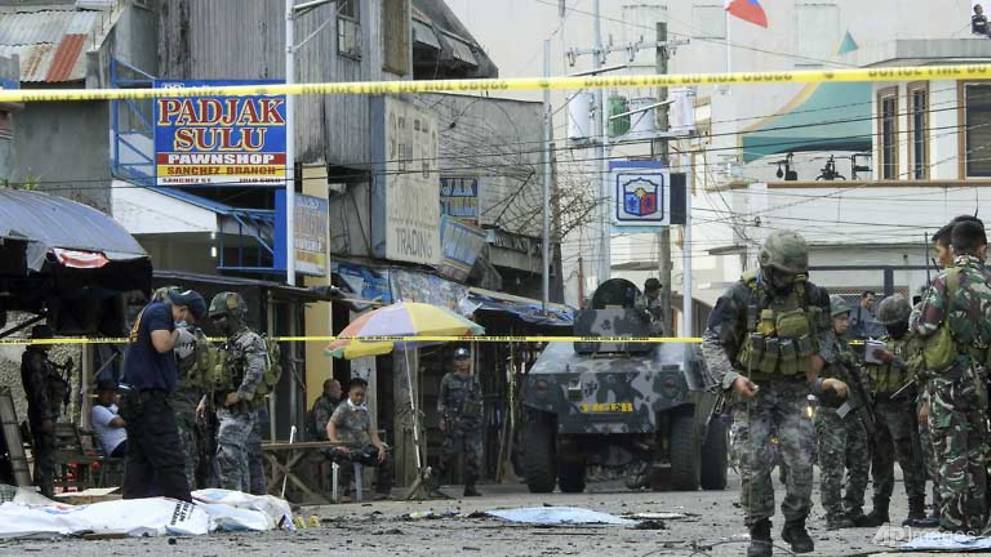 In an attack claimed by the Islamic State group, a powerful first blast shattered pews, broke windows and left bodies strewn inside the cathedral as mass was being celebrated.

Police investigators and soldiers attend the scene after two bombs exploded outside a Roman Catholic cathedral in Jolo, the capital of Sulu province in southern Philippines. (AP Photo/Nickee Butlangan)

JOLO, Philippines: At least 18 people were killed on Sunday (Jan 27) when a double bomb attack hit a Catholic church on a southern Philippine island that is a stronghold of Islamist militants, the military said, days after voters backed expanded Muslim self-rule in the region.