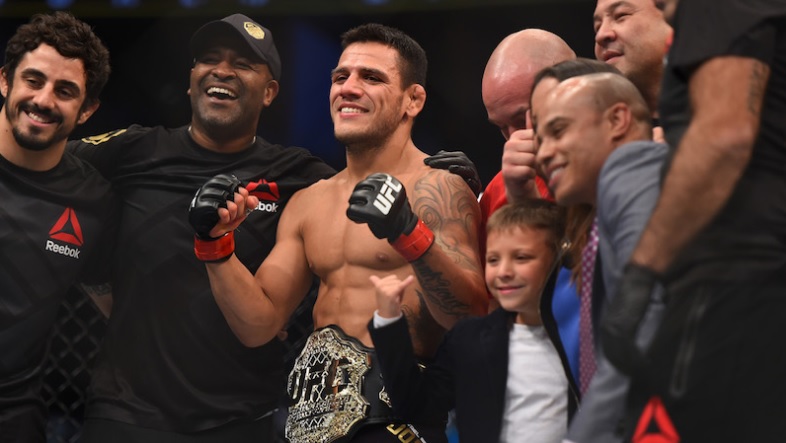 The world’s largest mixed martial arts organisation is looking to knuckle its way into Asia amid warnings the move could spark a brawl with regional promotions over a slice of the lucrative market.

The Ultimate Fighting Championship (UFC), which has made cage fighters such as Conor McGregor and Ronda Rousey into household names, earlier this year announced five events beginning with a card in Singapore on June 17 after a 19-month hiatus from Asia.

The Las Vegas-based UFC’s return to Asia represents the organisation’s latest crack at expanding its foothold in the birthplace of martial arts.

UFC have held shows in Asia from Tokyo to Manila but analysts say the efforts have yielded mixed returns on their investment compared to record-breaking triumphs in North America.

“Dana White (the UFC president) has come out here before and that’s kind of his style to come out and say amazing things: ‘We’re so focused on Asia. China’s going to be our next big things for us’,” Matt Eaton, editor of the Hong Kong-based Rough Magazine, told AFP. “But it never really played out.”

hope Singapore can be UFC homeground for Asia.