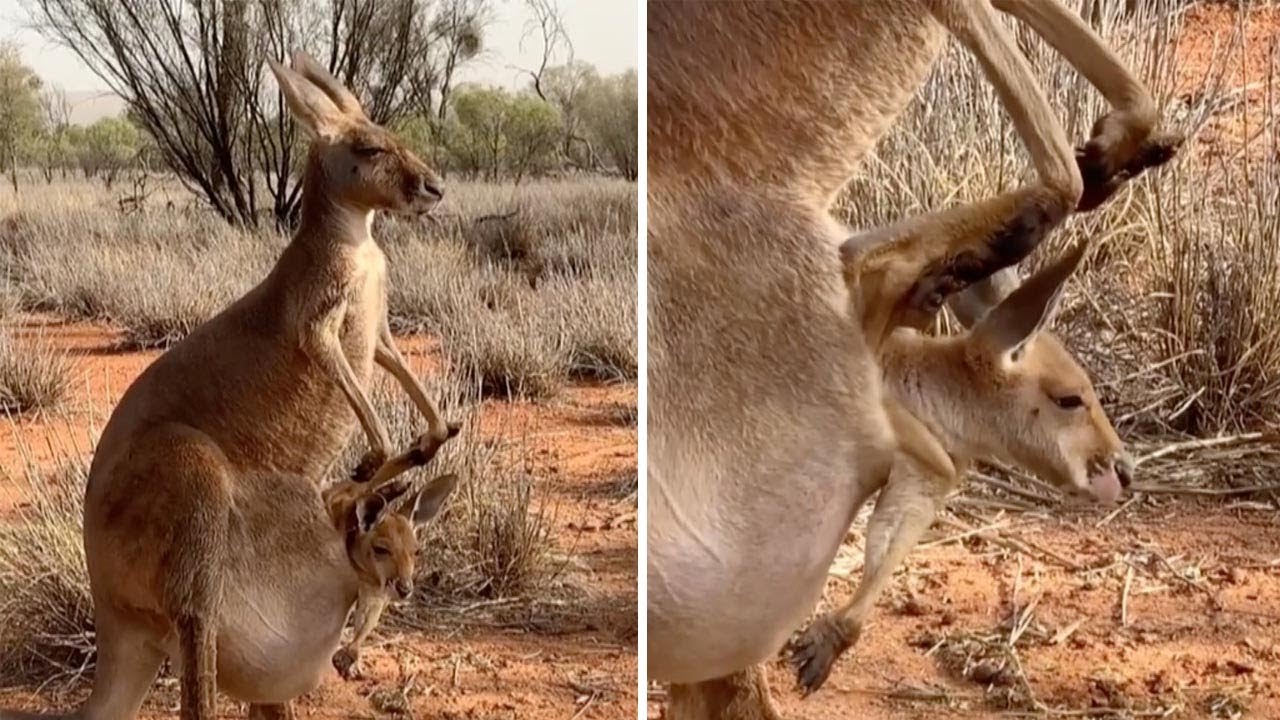 A huge joey fathered by famous buff kangaroo Roger has shown he is set to be just like his dad - as he can already only fit in his mum's patch with his legs sticking out.

Incredible footage shows 'solid' eight-month-old joey Brandon attempting to squeeze inside his six-year-old mother Indi’s pouch by letting his legs poke out at The Kangaroo Sanctuary in Alice Springs, Australia.

The amazing clip comes just one month after the death of dad Roger, whose muscled physique saw him shoot to viral stardom before he passed away at the ripe old age of 12 late last year.

The new videos of son Brandon have taken social media by storm with nearly 1,000,000 views and comments of admiration from around the globe.