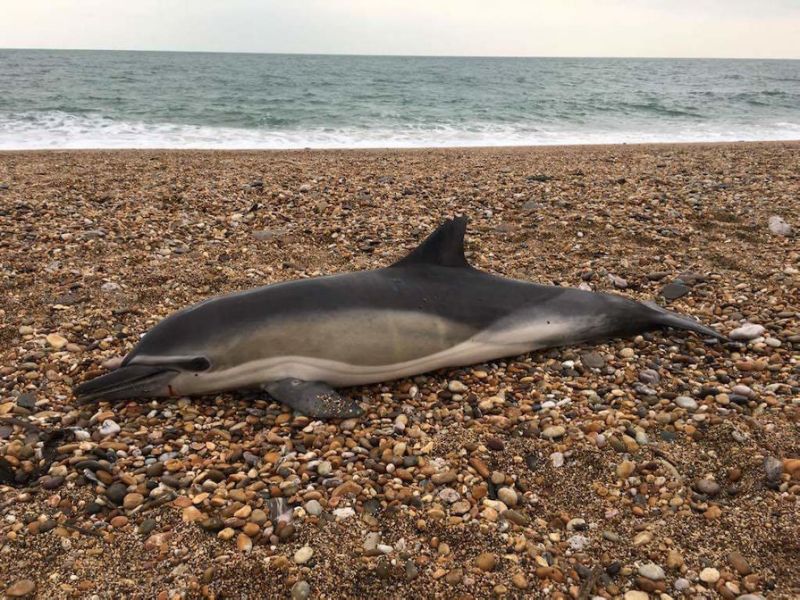 Here’s more evidence that plastic waste is pervasive in our oceans.

Researchers studying plastic debris discovered inside the bodies of dozens of dead whales, dolphins and seals say the majority of the items found were not plastic bags or drinking straws, but synthetic fibers from clothing.

Released Thursday by the University of Exeter, the study examined the digestive tracts of 50 sea mammals across 10 different species that were discovered on beaches around Great Britain. Researchers found microplastics, which are smaller than 5 mm in length, inside all of the animals. Eighty-four percent of the particles were fibers, while only 16 percent were fragments of larger plastic items. Nylon, which made up 60 percent of the fibers found, is used in many types of garments, including yoga pants, stockings and socks.