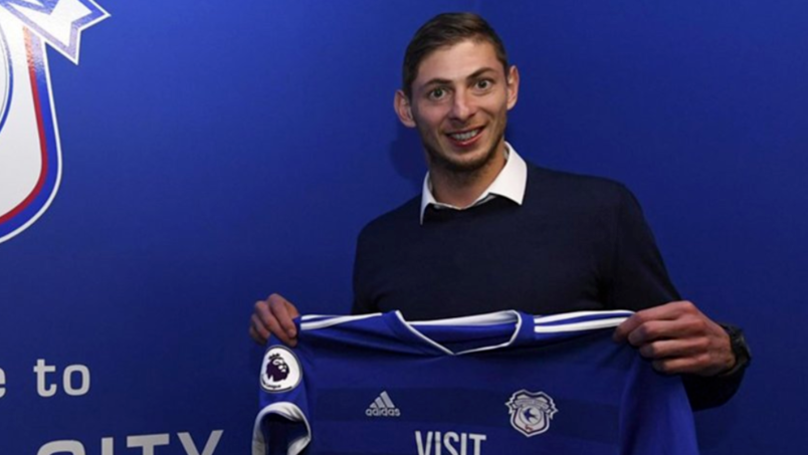 The plane that was carrying missing Cardiff City striker Emiliano Sala has reportedly been found, his family has been told.

A search boat recovered the wreckage on the seabed of the English channel this morning, according to Sky News.

Private investigators have told Sky News they have located the wreckage of the aircraft which disappeared over the English Channel carrying Cardiff City footballer Emiliano Sala and his pilot David Ibbotson - Sky News Breaking (@SkyNewsBreak) February 3, 2019

Both 28-year-old Sala and the aircraft's pilot Dave Ibbotson, 59, are missing presumed dead.

The plane, which was travelling from Nantes - where Sala's previous club is based - disappeared from radars on January 21.

He was on his way to meet new teammates at Cardiff after signing a £15 million transfer deal from the French club.

Wreaths and flowers in memory of Emiliano Sala, in front of the Beaujoire Stadium in Nantes. Credit: PA

But earlier today renowned shipwreck hunter, David Mearns, launched a survey vessel and discovered the aircraft on the seabed of the English Channel.

Recalling the discovery, Mearns told Sky Sports News: "Our job is done. This is an active investigation now in the hands of the AAIB (Air Accidents Investigation Branch), and they will be taking over as agreed.