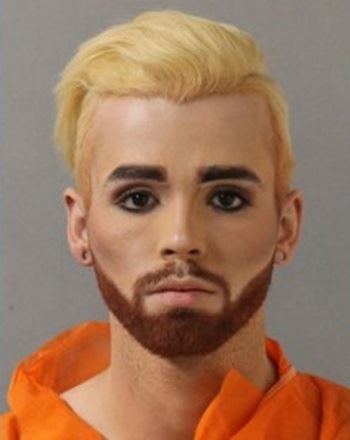 How's it like working in a café? Apply now and experience it!
Need urgent deliveries? We can do it in 1 hr!

(Newser) – We've just begun February, but the Smoking Gun already thinks that the booking photo of a Nashville man is a contender for mugshot of the year. The honors go to 20-year-old Julian Mitchell, who police say tried to use another man's debit card in a bar. When asked to prove his ID, Mitchell handed over a driver's licence, and the differences between him and the person on the license were "plainly obvious," according to a court affidavit, per WZTV. However, that was because of height, and not because of Mitchell's carefully groomed appearance. Police say they found the victim's wallet in Mitchell's fanny pack, and Mitchell was being held on identity theft charges. (The story may bring to mind this guy.)