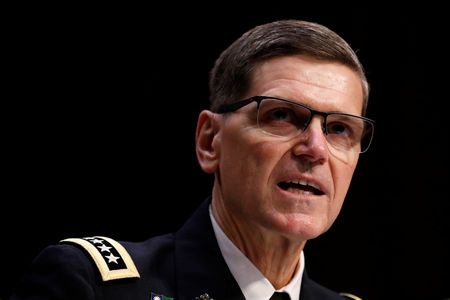 WASHINGTON (Reuters) - A top U.S. general said on Tuesday that talks between the United States and Taliban were in their "very, very early" stages and the Afghan government, so far excluded from talks, would have to be part of the solution.