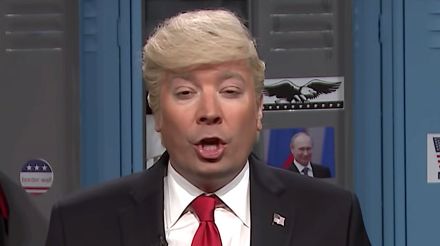 Jimmy Fallon channeled Donald Trump on “The Tonight Show” to show the president’s “post-game news conference” after the State of the Union address.

“You all just witnessed the Super Bowl of State of the Union speeches,” the fake president said. “It had action. It had excitement. It had drama. The only thing that was missing was Adam Levine’s nipples.”