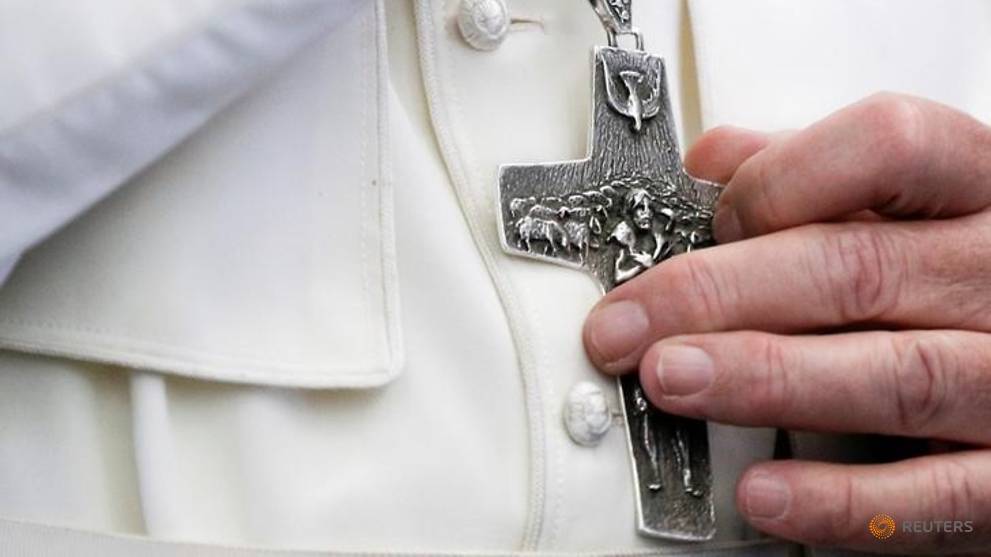 Pope Francis touches his crucifix as he talks to journalists during a press conference on his return flight from Cairo to Rome on Apr 29, 2017. (Photo: Reuters)

MEXICO CITY: At least 152 Catholic priests in Mexico have been suspended in the past nine years for sexual abuse against minors, Mexico's Archbishop for Monterrey said, prompting a lawyer for alleged victims of abuse to question on Monday (Feb 11) the Church's sincerity.

"Some delinquent priests are in prison, others have been suspended from their ministries. In the last nine years, 152 priests have retired," Rogelio Cabrera, Archbishop of Monterrey, told reporters on Sunday.