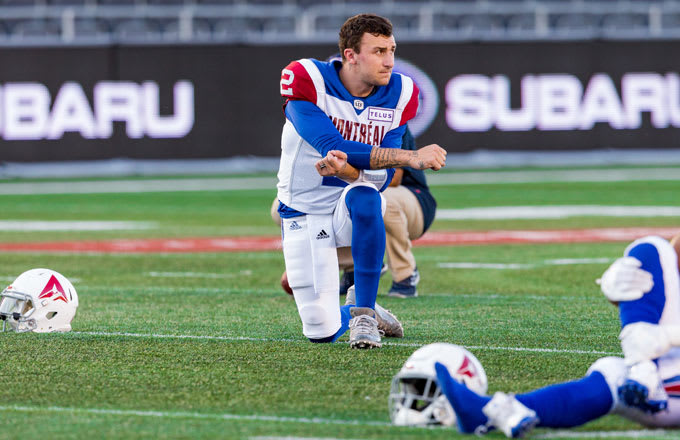 Johnny Manziel Released, CFL Won't Let Any of Their Teams Sign Him

On Wednesday, the Canadian Football League's Montreal Alouettes released Johnny Manziel at the behest of the CFL. Now, should any other pro team in Canada actually want to sign Manziel to a deal, they would be S.O.L. since the league reportely won't let them do that: