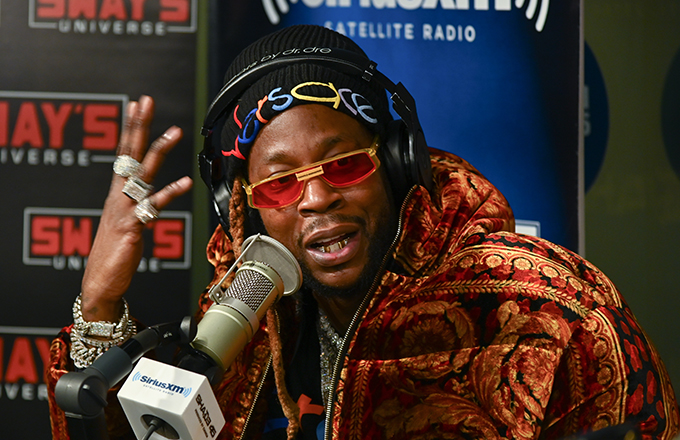 2 Chainz explained how he ended up on the remix of Ariana Grande's swagger jacked smorgasbord "7 Rings." In an new interview with Genius' Rob Markman, the rapper walked through how the pair squashed their beef over the song's video to work on a remix.

Chainz began by talking about how he felt after seeing his all-pink trap house repurposed for the Thank U, Next track.   "I want to say it didn't bother me, but once again, you don't want to get caught up into that, man, you're petty. You know what I'm saying? Because I've thought that somebody has taken a little something out of my DNA before, and I haven't said anything because I don't want anybody... It's supposed to be... what is it? Flattering, or whatever it's supposed to be," he said.
Chainz had a connection to Grande's manager and he used that to reach out.