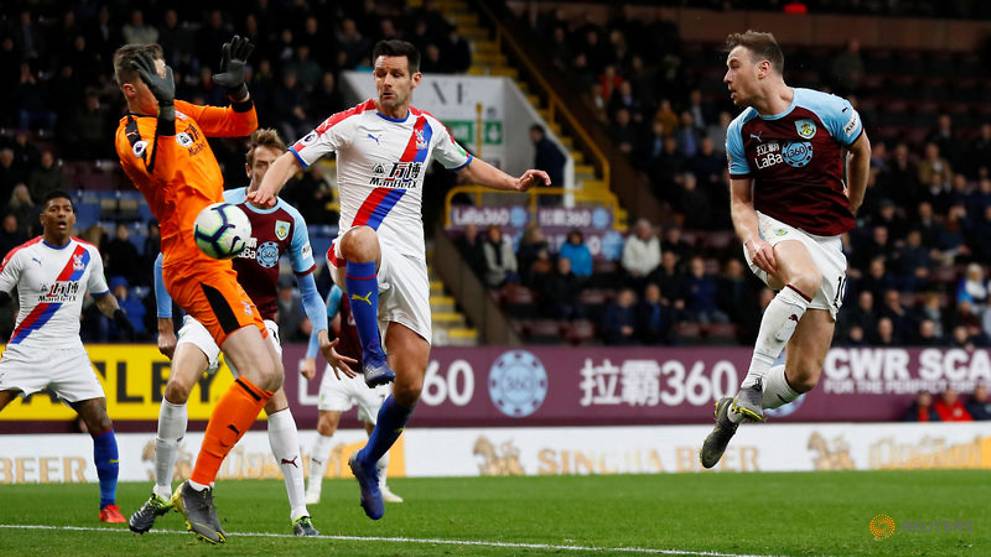 Palace climb away from trouble with 3-1 win at Burnley

BURNLEY, England,: - Crystal Palace moved further away from the Premier League relegation zone with a 3-1 win at fellow strugglers Burnley on Saturday thanks to second half goals from Michy Batshuayi and Wilfried Zaha.

Palace took the lead in the 15th minute when Jeffrey Schlupp's pull-back struck Burnley defender Phil Bardsley and ricocheted into his own goal.

Burnley dominated the rest of the opening half with Chris Wood forcing a fine reflex save out of Wayne Hennessey with a fierce shot and the Clarets peppering the Palace box with crosses from deep.

But three minutes after the re-start, Palace struck again when full-back Aaron Wan-Bissaka's pass was blasted home, first-time, by Batshuayi.

Ashley Barnes then missed a good chance to pull a goal back for the home side, putting the ball over from two metres out, as Burnley continued to press.

The game followed a similar pattern to the first half with Burnley on top but lacking an edge in the final third.

Palace, as often on the road, were a constant threat on the counter-attack and should have had a third when a mistake from Ben Mee put Batshuayi through but he pushed the ball too far when trying to round Burnley keeper Tom Heaton.

Superb away win for Palace!