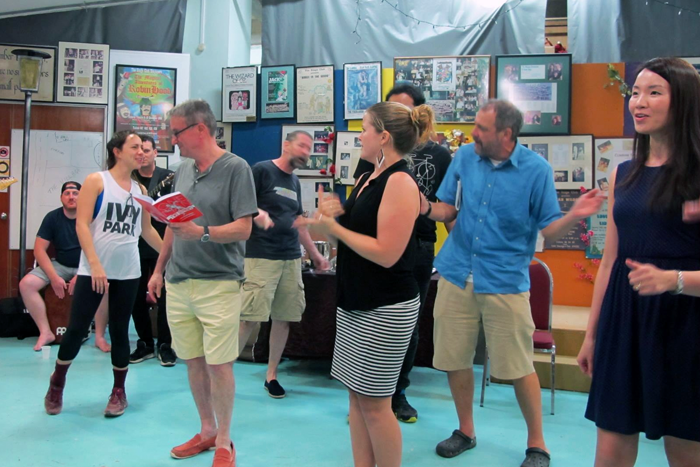 The Stage Club’s Singapore premiere of One Man, Two Guvors

The Stage Club is proud to present the Singapore premiere of the smash-hit comedy One Man, Two Guvnors, British playwright Richard Bean’s English version of Goldoni’s classic comedy A Servant of Two Masters.

Set in 1963 in Brighton – a seaside town in England – sex, food and money are high on the agenda as two underworld gangs get ready to be united via marriage. But Rosco, one of a pair of twins, has just been killed. So Pauline (the daughter of gangster Charlie “the Duck” Clench) wants to marry Alan, a wannabe actor who is the son of Charlie’s lawyer, Harry Dangle. (Did I mention that the plot is complicated? So, pay attention!)

Then, Francis arrives. He has just been fired from his skiffle band and has become the new minder of the ‘deceased’ gangster. But it appears that Rosco isn’t dead after all.  The marriage can take place as planned, but Pauline and Alan aren’t happy. Francis returns to a local pub where a toff called Stanley offers him a second job. As the title of play suggests, Francis now has two ‘guvnors’ or bosses who must be served, but kept ignorant of the fact that Francis is moonlighting.

The original National Theatre production in London featured James Corden (now the host of CBS’ The Late, Late Show) as Francis before transferring to Broadway where it ran for several months to great acclaim.