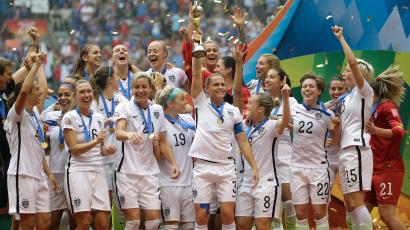 The US women’s soccer team is suing over gender discrimination

When nearly 27 million Americans tuned into the women’s soccer World Cup final in July 2015, they had no idea how many records were about to be broken. Over the next 90 minutes, the US women’s team would go on to play the most watched soccer game in US history, become the first team in the world to win three separate women’s soccer World Cup titles, and participate in a game with the most goals of any men’s or women’s World Cup final.